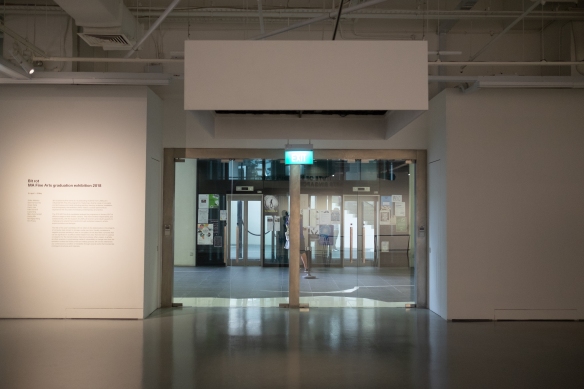 Where do I start? Where did I start?

I have always been an outsider. A good friend of mine once said that it is not so much that I am anti-social, but it is because my own internal world is so rich that I appear distant to other people. I guess that is true, I have this imagination that keeps me occupied.

Maybe I should start in my teenage years with my friend Peter Yu. He had this game whose aim was to get several tokens from one end of a maze to the other end. The first one to get all his tokens to the other end wins. I was not interested in winning, I was interested in obstructing Peter’s tokens in their movement. Also In Anglo-Chinese Secondary School, Secondary four students get the privilege of wearing long trousers if they wanted to. All the students in my year rushed to wear long trousers in Secondary 4 and I stayed with shorts. It had nothing to do with fashion sense, it was just that Singapore is hot and shorts are cooler. To me it was practical.

In junior college, I like many other people fell in love with Michael Jackson and his dance videos like thriller. There was no dance club in Hwa Chong Junior College in my year, there was only aerobics. So I joined aerobics, not because I like exercising, but because it was the closest thing to dance class I could find. I was like one out of two guys who took aerobics in HCJC.

In university, while studying electrical and electronic engineering, I joined the dance society. I took ballet, jazz and contemporary dance classes. There were a few guys in that society, dominated by women, but it never stopped me. Some of the women had professional dance training, it did not stop me. I had fallen in love with dance. I was watching dance performances once a week and my classmates in engineering were asking me how I could afford that. Well, I did not smoke a packet of cigarettes a day and get drunk on beer every night in the student union. After completing a doctorate in engineering, I spent a year at the London Contemporary Dance School. I did not make it to become a professional dancer, but it was one of the best years in my life.

I had been practicing photography for eighteen years when I joined the Master of Arts in Fine Arts at LASALLE College of the Arts in 2017. Although I appreciate good photography still, I am jaded by my own practice. I found that a couple of installations (Stealing breath, Stopping Time 2014 and Fade… 2015) that I had done engaged the audience way better than my photographs on the wall. I was intrigued by how immersive, multi-sensorial work can engage audience in a deeper dialogue than my photography. Partly I think the instagram and social media age has devalued photography. It is so abundant that people rarely pay much attention to photography anymore like they did in the past. In January 2017, just as I started my Masters, I had a jointly created installation at The Substation with Lim Chin Huat called Soil. It was our tribute to the fertile ground of The Substation and it was a plant and video installation. It was the first time that Chin Huat and I had worked with plants in an installation and the first time we did a video with shadow puppetry. We had a blast with the project. We wished we had a better venue than the substation box office, as people could only peek at the installation from the outside due to space constraints. But it was a wild ride for us.

So in my masters, I was researching how to create artwork using different sensory stimulation. For my work in process show last year, I created Plastic Sea, an immersive installation of hanging plastic bags that commented on plastic pollution. And for the work I presented in my final show, it is called Wind Song, and it is a work of tactile moving wind. It is not visually obvious as I designed it to blend into the gallery. Many people simply walk under it and do not even know it is there. But those people who realize that the caressing wind at the door of the gallery was actually my art work, could also look up and see the 80 computer fans controlled by electronics. This is as far away from the visual a photographer can get. This is as contrarian as I could be in a journey to find new horizons. Well, I would like to get even further and completely hide the fans and electronics, but maybe I will get another chance in the future.

The thing is, I am not a hater. I still love photography when it is done well and thoughtfull. My journey has not been about being contrary for the sake of being contrary. I was in London when the punk movement was still strong. All those people jazzing up the hair and wearing nose rings and leather with studs. So many people became punks that it became a mainstream movement. It was no longer a rebellion. I just realized that in this age of conformity and boxes for people to easily slot other people in, the true rebel is the person who remains true to himself or herself. At the end of the day, my art is just about these things that I am curious about, from my own inner world.

My practice or the last year and a half has been moving away from photography into installation work. However, I have left many photographs on Flickr and Instagram. I wonder what I should do with them? Should I take them down. My wife thinks that I should proudly share them…

Going through my archives, I find an early experiment of scanned film and video looking at some of the religious rituals found in Singapore.

It was like yesterday that I filled out the application to join the Master of Art in Fine Arts at Lasalle. Term started in January 2017, I got married in February. During term break I visited the Venice Biennial for the first time. My father had a heart attack in August 2017 and in October we had to start feeding him by tube. I put up Plastic Sea for the work in progress exhibition, Clap Trap, in November 2017. I moved out of my house last month and moved in with my parents while my wife and I look for a new home. And now, I am preparing for Bit Rot, the Master of Art (Fine Arts) graduation show. I am working on a piece called Wind Song, which is for the audience to interact with the wind and feel its song. How I would describe this is that it has been a rather compressed couple of years.

Was the Masters good? Well, yes it was educational. I learned a lot more about what contemporary art is about and its history and the philosophical underpinnings of art theory. Does this make me a better artist? I do not know what is better, but I am definitely different. I have, like other artists, searched for the epiphany that lights the path to my future, or the groove that would enable me to be in my element. No such luck… A lot of this has been turning up and tweaking things, getting critique and different responses and responding. I think my knowledge of art has increased, but It has been hard to hit my stride. Real life interrupts my constant application to my practice. And in truth, it happens to all my course mates and other artists as well. Inspiration happens by grace. New art is by its nature hard to create. All I know is that I have to keep preparing myself by learning more and increasing my skill set. So that when inspiration finally appears, I can make something of it. And this is what the Masters was, preparation. The challenge after graduation is how to continuing applying myself to the process.

I hope you visit Bit Rot and see my current exploration, Wind Song.

There is something about youth in which we strive to prove ourselves, to make a mark in this world. For some of us our ideas are grand, fed upon the stories of famous people doing incredible things. We look up to Bill Gates or Roger Federer or some other shining star. And it is important as we age that we keep active, to be engaged. I am not so sure though about having to shoot for the stars. My father, who is one of the wisest men that I have ever met, always told me that there was nothing wrong with being mediocre. But contented people never changed the world was what I thought. I think differently now, I think it is compassionate people that can make the most profound change in the world.

Mondays now have become my Sundays because Monday is the day my wife’s cafe closes. Last Monday we had breakfast and then I had a haircut. In the afternoon we had high tea with a couple of friends. We visited my in laws and saw our niece, playing in my in-laws house. We then visited my parents to see that they are being well taken care of. We then had a nice dim sum dinner and watched a bit of television together. These are actually the most important things, creating stronger bonds between friends and family. Being there for the one we love the most.

My wife Choo San is working to make a wellness cafe that serves healthy food at a reasonable price and will also have space for yoga classes. I will continue to pursue my art and my photography, but I want my work to enable people to become more conscious of their lives and their decisions. I want to become a portrait photographer again because I want families to create stronger bonds. I want to create work that will invite people to re-evaluate what we do in this world. Can we truly leave this world a little better than when we came into it?

How rich can we get? How famous can we be? What does it matter if no one loves us and we have not loved anyone else? We are human beings, social beings. The meaning of our lives lies in the invisible threads that tie our lives together. 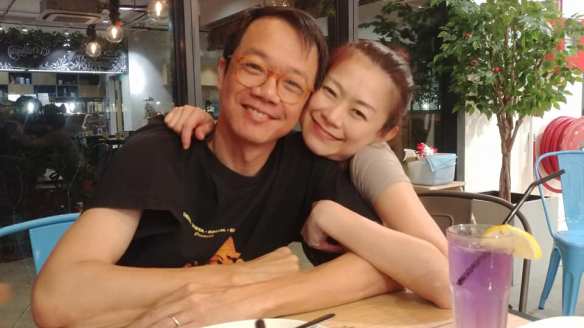 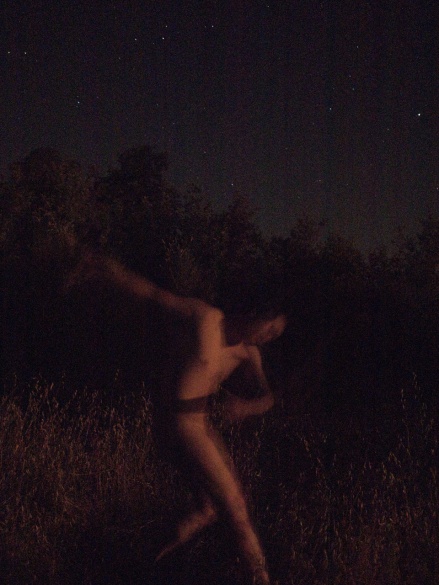 I love dance but started too late to pursue it as a career. However, it was dance that lead me to dance photography and photography of the performing arts. Although parts of my photography had artistic elements, my transitioning from being a photographer to being an artist took some time. It is hard to say when the process started, or when I finally became an artist. But it is now finally time to acknowledge that I am no longer just a photographer, I am an art explorer.